Setting the standard since 1988

We’ve won numerous awards over the years, yet what we really aspire to is using our creative talent and experience to give you great hair.

Entrust yourself to our specialists

Our expert stylists are sensitive to each client’s individual needs. Whatever your age, hair type or personality, we’ll help you realise your aspirations.

We love what we do and it shows

We’ll treat you to the highest calibre of service from the moment you enter our salon. Our team will listen and give you honest opinions when needed.

We use only the best brands

We select products with the finest ingredients from the world’s leading eco-brands to nourish your hair and scalp and treat difficult hair. 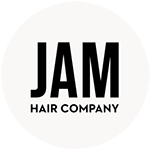